Millions of Years? Not hardly! 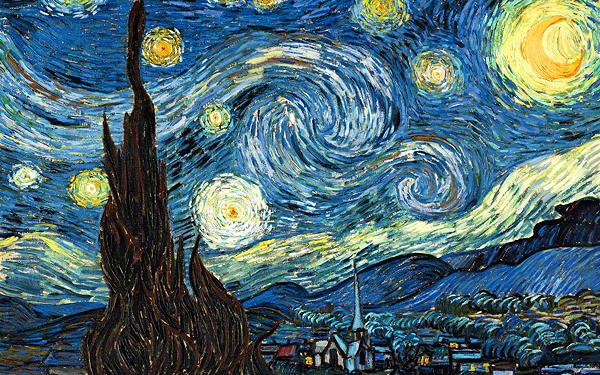 My wife and I just came back from the Ark Encounter and the Creation Museum in Kentucky. The experience was profound, even for me. I consider myself not only a seasoned, strong believer in God and his creative ability, but I’ve written some fairly deep, science-based pieces included in my book, Between Justice & Mercy and related Essays, dealing with timelessness vs. eternity and time dilation.

The most profound scientific difference between those who believe in God and those that don’t, rests on millions or billions of years of time before earth came into being. What I’m about to detail is how I know that there were not any such vast times before God created earth. I am therefore a young earth creationist. The data and the math I will discuss here should, at least, give sincerely open non-believers cause to reconsider their disbelief in a creator.

To frame my position, I want to start with a quote from my essay “The Astronomy of God” in my book.

Georges Lemaître, a Belgian Catholic priest, observed in 1927 that the universe was expanding. This was confirmed by Edwin Hubble, after whom the Hubble Space Telescope was named.

The expansion could only result from a beginning and showed that the universe was much smaller at one time. In fact, Lemaître’s observation meant that it had to begin its expansion from a single point called the singularity.

This expansion is occurring in all directions. Everything is moving away from everything else. It is much like a balloon which expands as it is inflated. All the points of space in the balloon are increasingly more distant from all the other points.

That is how the big bang theory was born. What caused the big bang, science has not and indeed cannot determine. Time and space have a beginning. What was before then and where that singularity was is a mystery to science.

The universe has a size too, as we cannot see past the expanding universe’s edge. Because the distance across the universe is so vast, it is measured in light years. One light year is the distance that light would travel at its constant speed of 186,248.4 miles (299,792,458 meters) per second. The observable universe is 93 billion light years across, a staggering number, to be sure.[1]

Thus inflation theory was born. It is postulated that, in under a second, the universe had to be suddenly inflated to a much larger size, perhaps as much as 95% of its present size. This inflation speed was much, much faster than the current expansion rate of the universe.

This is unexplainable, unfortunately. There have been a number of theories put forth, but all have been shot through. If things move at the speed of light, they vanish according to time dilation. It creates further difficulties that often are not discussed by scientists who seek a purely material cause.

It necessarily means that in the past, time has moved ever so much more slowly than at the current universe’s expansion rate. The present rate of expansion is 68 km/second/megaparsec.[3] Expansion is described as the increase in size by so many kilometers per second for every megaparsec of space.

The Andromeda Galaxy is 2.573 million light years away.[4] When we calculate, that means it is moving away from Earth at over 50 kms per second! And the further it gets away from us, the faster it moves away!

This expansion affects everything we understand about earth’s history. When we say that such-and-such fossil is hundreds of millions of years old, we are stating that age as though time then moved at the same rate then as it does now.

But time back then moved much, much slower, as I’ve discussed and demonstrated in my essay Timelessness. Quite simply it means that when we say the earth is 4.54 billion years old,[5] we are implying that if time were moving the same then as now, it would be that age.

Because of the inflation of the universe, however, I suggest that we cannot truly know the age of the earth in the terms time as we experience it. To say that a fossil is carbon dated millions of years is to then have said nothing accurate. Only recent dating outside of that initial expansion phase of the universe could carry any validity. Psalm 90 says it well when it says that a day is as a thousand years and a thousand years as a day.

What are the salient points to deal with in the astronomical and geologic evidence?

The given evidence is as follows as we will deal with each.

The Speed of Light and the Dilation of Time

Everything moves within the universe at a speed that relative to the speed of light. Generally this is not something one would perceive at any kind of racing competition, because the observers and the race track are traveling through space at the same speed and direction. The race cars, of course, are traveling at a different speed in relation to the observers and the race track.

As the racers in the cars go faster and faster, time actually slows down as a function of how near the speed of light they are moving. This difference is easier to imagine if you consider the classic example of two twin brothers, one earth-bound and the other an astronaut in a space rocket headed at very high speed to a distant star and back.

Upon arrival back at earth, the astronaut brother would have aged more slowly than his earth-bound twin. In fact, the time that elapsed for him depends on his speed through space. It is given by the equation below.

Knowing that most people are not comfortable with the math, here are the results for various astronaut speeds.

What does all this mean? As vast as the universe is as we observe the stars here on earth, we can only conclude, that for God who exists in the place of timelessness where the speed of light lives—and he is described as light—the creation of the universe took him no time at all!

But there is more to this story. It is clear from the observed science that the expansion of space itself, from the point of its initial singularity, was faster than the speed of light! How can this be? More importantly what does it mean? It means that we have no clear understanding of the physics of that initial expansion, and what laws of physics we know and understand now are completely different from the physics then.

This absolutely gives full credibility to the Genesis account of six days of creation. There were not millions or billions of years prior to the first day! Geologic and astronomical observations both make the mistake of assuming that time is constant and the physics we know and experience now were always the same. We interpret it  based on time as we experience now. In reality, it took God no time at all!