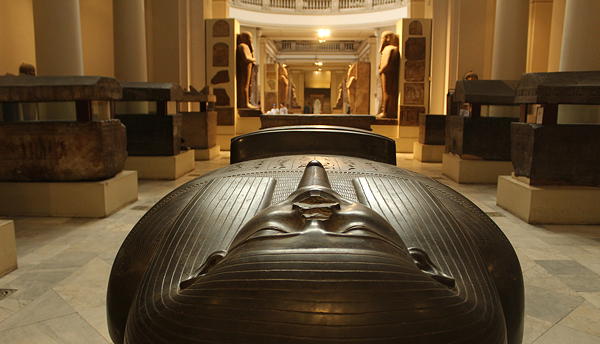 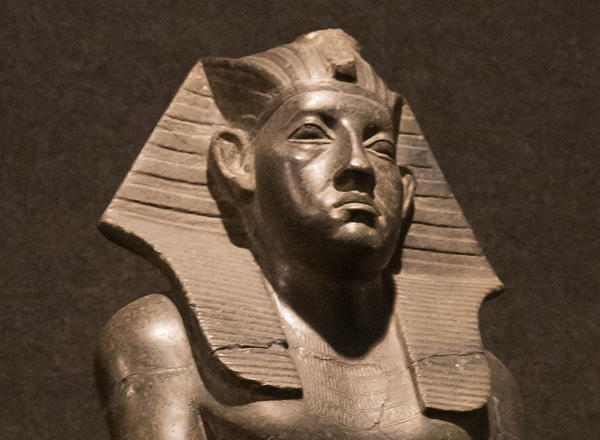 Go into all the world and preach the Gospel. But why? Why do we expend all the effort, time, and money? Doesn’t God control every little decision, aspect, or move in our life anyway?

If that were true, then why would he tell us to go and spread the good news of Jesus Christ if he’s in complete control?

Exodus 4:212 says God hardened Pharaoh’s heart, and Exodus 7:123 confirms that. However, it then says in Exodus 8:314 that Pharaoh hardened his own heart. And then there is Proverbs 21:15 that says the king’s heart is a stream of water in the hand of the Lord; he turns it wherever he will.

What is going on here—is it God who hardened pharaoh’s heart, or was it pharaoh who hardened his own heart? Is God manipulating us like puppets?

At first, all these verses leave confusing ideas swirling around in our head, especially when you here the classic song “God is in Control6?” In light of the others, does each verse seem to contradict the whole? If you are of the mind that God implicitly controls every event in the material universe down to the very rocks that fall off the mountains, then there must be utter contradiction.

Let’s examine this all in context. There is a better understanding here.

In the case of Abimelech,7 God in his mercy initially prevented him from sinning by taking Sarah as his wife. He warned Abimelech, however, not to sin by taking her anyway. God was telling him that while he turned his heart to prevent him from sinning, Abimelech was in control of his ultimate action, not God.

It is certain that God controls powers, principalities, nations, and peoples to varying degrees to fulfill his ultimate good purpose for us on an individual level. He does not do so out of nefarious motivation. Why would he destroy Sodom and Gomorrah and yet spare Nineveh?  Jonah went to Nineveh and everyone was saved. He even got angry with God for their repentance. Did God save Nineveh and condemn Sodom and Gomorrah simply because he is sovereign over all creation? Acts 10:24-258 clearly contradicts this.

This really begs the question: does God do anything because he is sovereign over all, or does he express his character through his unbounded dimension of sovereignty? Which is primary—God’s sovereignty or God’s character? It must one or the other, but cannot logically be both.

It is clear for both Pharaoh and Abimelech, that something deeper is going on here. And it is very, very important to understand.

God is nothing if not relational with the creation that he first called “good.” Because he is creator and has no bounds, no one can extract themselves from his presence. They can only blind themselves from God.

I was four years old, when God revealed himself to me in my small hometown church. Even at that tender age, I walked down the aisle and wholly accepted him into my life. When God reveals himself to your inner man, you will react to his presence in one of two ways. Either you will accept him gladly like I did, or you will reject him. Merely revealing himself to our inner man causes us to choose. Sitting on the fence is not an option when God shows up.

That’s what happened to Abimilech and Pharaoh. It was God’s presence that caused them to listen or ignore his words. No reply is always a reply. Even if Pharaoh had simply walked away from Moses, it would have meant that he rejected God.

As God presents himself into the stream of our lives, it is like coming to a fork in the road. To the right is God’s agape love. To the left is our rejection. It is not God’s sovereignty that we are rejecting, but his loving presence. His agape love differs in its very essence from the other three types of love.

Storge is the love of a parent for a child. Philia is the love between friends. Eros is the romantic love intimate shared between man and wife. These three loves come with expectations of reciprocation. Parents expect their child to love them in return for all they do. We expect friends to be friendly in return. We expect our romantic love to be heaped on us in return.

Agape loves regardless of any presence or promise of return. God’s central character is this love. All of his other character is derived from, and informed by it. God always loves us. The words “love” and “hate” as we read them in the Bible have great contextual latitude as in the case of Jacob and Esau. Scripture says that God loved Jacob and hated Esau. Taken at face value we see that as black and white.9

Even when it says  “God hates” the words  really mean “loves less.” When it refers to Jacob and Esau, it is not simply them individually but corporately as the nations that arise from them. See here this comment from the USB Bible Translator’s Handbooks: Old Testament.

The main problem in translating this sentence10 lies in the verbs loved and hated. Most English versions use these words, and run the risk of representing the LORD as acting in an arbitrary and unpredictable way. Although the words are used in other contexts of ordinary human emotions, the important feature here is that they are used together to give a sharp contrast, and carry the meaning “I have loved Jacob [and his descendants] more than Esau [and his descendants].” Compare the description of Leah as “hated” in Gen 29.31, when the previous verse has made it clear that she was simply less loved than Rachel. (Compare also the parallel passages in Luke 14.26 and Matt 10.37, the first of which says “hate” and the second “loves … more than.”) This sentence is expressed in NJPSV as “I have accepted Jacob and have rejected Esau,” and in CEV as “I chose Jacob instead of Esau.”

Some would argue that God made Esau unacceptable internally. How can that be if God is no respecter of any person? Wouldn’t that mean his dimension of sovereignty rules over his primary character of love?

When we first meet someone, we take in their face and they take in our face. God wants us to see his face, i.e., his character. He is the epitome of love, and he means to express that to all of his creation. We who love him in return have seen his face, and taken him into our heart. He grafted us into his plan to show his face to all of his creation.

His love for us motivates us to show his face everywhere. And so we go.