The Science of Timelessness 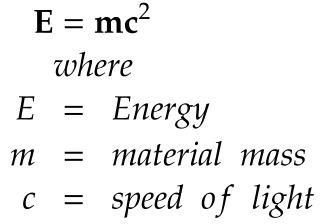 Einstein’s Theory of Relativity gave us that one simple equation that not only explains how creation begins, but how motion relates to timelessness and to the beginning of the universe.

Those small amounts of matter converted entirely to energy caused terrible devastation of those Japanese cities. Each bomb weighed in just near the 10,000 lb mark. Imagine we could somehow convert not just the fission material to pure energy, but all of Fat Man’s weight. It would result in a 95,454 kiloton TNT-equivalent blast!

Scale that to the size of the Earth, then the Sun, and then the entire mass of the Milky Way Galaxy, and you start to acquire great respect for the awesome amount of energy that must be in the mass of the universe. I dare say that number is too large to be calculated.

We are going to discuss energy being turned into mass in the next part. First, we need to discuss how Einstein’s equation relates to timelessness.

Einstein predicted that time was not constant. It varied between two objects depending on their relative velocities. Satellites circle the earth at great speeds relative to the rotation speed of the surface even if it is hovering over the same spot on earth. Even if we are standing still on the surface, we are in fact moving as the earth rotates and day becomes night and then day again.

Each satellite has a clock which must be constantly corrected to match the time to the surface of the earth. Without constant adjustment, GPS satellites would quickly, even within a day, be totally off. Navigation and location data would be wrong for every device that was listening to the satellites beacon. 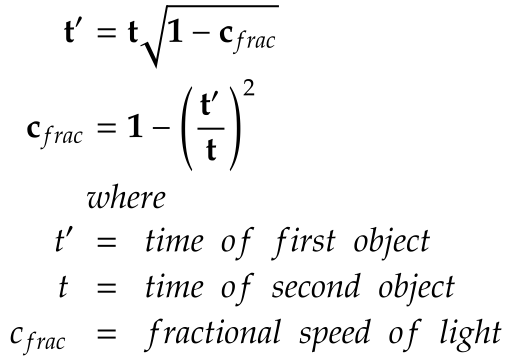 It turns out that the time dilation equation which is derived from Einstein’s equation will precisely calculate the passage of time between objects. The faster an object travels toward the speed of light, the slower time passes for it. Let’s look at a classic example.

If the astronaut pushes on and reaches the speed of light, the time dilation equation reveals that there is no passage of time. All times for the astronaut become the same respectively for his brother. As the brother ages, the astronaut twin would remain the same. 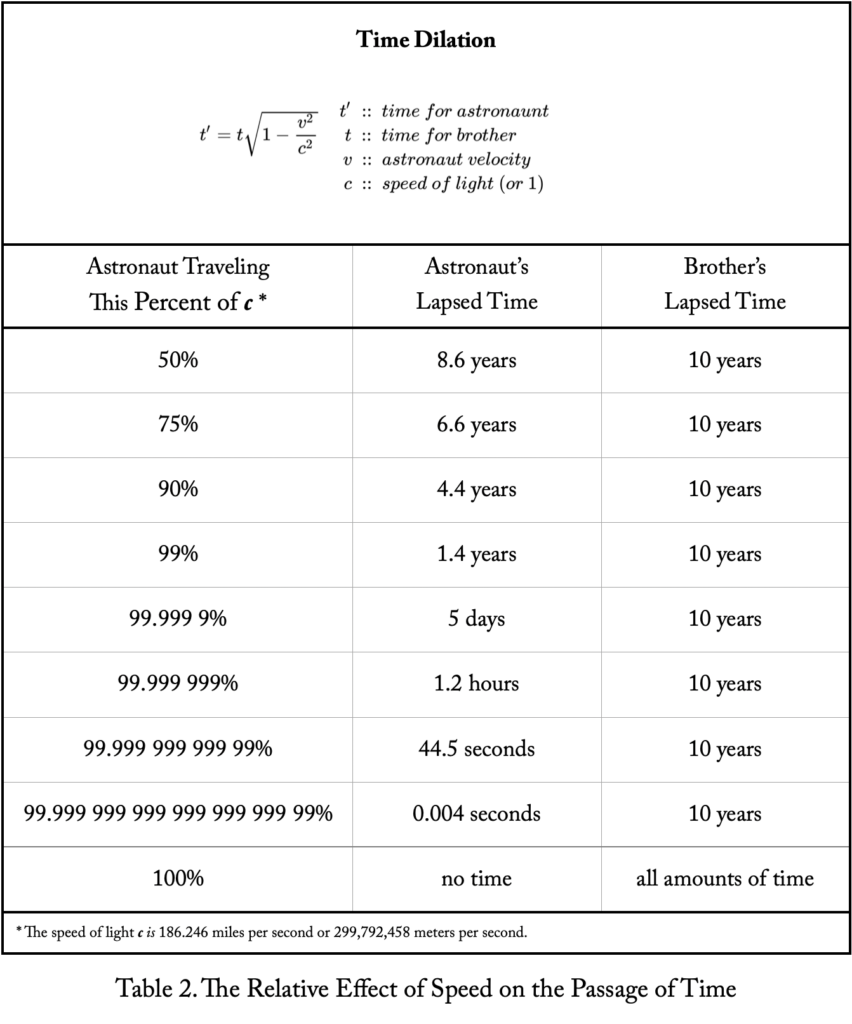 You see an important mathematical concept now proves the timelessness of God. He describes himself as light. He is the light of the world. He calls himself “I AM” because all times are the same for him. Light is pure energy. And God’s first creative act occurred when he said “Let there be light.” This is not just a philosophical statement. It is mathematically correct.

Now we turn to what that means for the beginning of the universe. When God created light, I believe it burst forth as pure energy which he converted to mass by the power of his Word. In one fell swoop, God created physical light, the light of truth, and the substance that makes up all the universe we can ever see.

The Big Bang theory is a perfect description of God’s creative act. Any scientist who asks himself what caused all the matter to form in one spot at incalculable temperatures and expanding at a speed such that the universe reached 95% of its present size in well under a second is biased to disbelief in God.

There is no power known, atomic or subatomic, that could leap high enough over the required threshold to then result in the creative event that caused our universe. To think otherwise unfortunately makes the most brilliant scientist foolish and infantile.

C. S. Lewis didn’t have our present mathematical knowledge and understanding when he finally grasped that God was timeless. Neither did countless people in all the time since creation. But they knew God heard all their voices because he had all the time in the world. For God, all times are now.